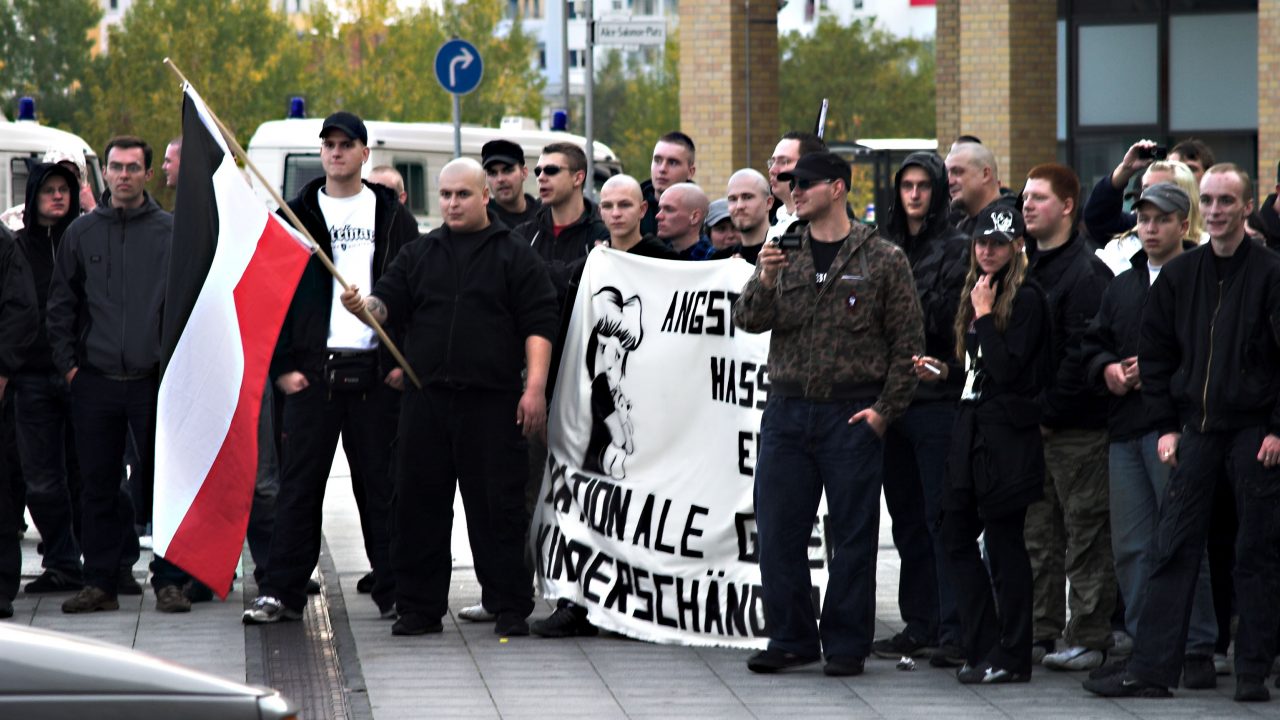 About right-wing extremism in Germany

With German reunification in 1990, liberal democracy was supposed to provide the freedoms of expression, choice and movement to all people in both parts of the country for the first time. Yet, at the same time, nationalistic tendencies gained in strength in large parts of the population. Neo-Nazis from both German states joined forces, with racist controversies helping to swell their ranks.
Right-wing extremist violence reached a new level with the beginning of the 1990s.

Attacks against Vietnamese shopkeepers and contract workers that lasted for days in Hoyerswerda in 1991, along with multi-day riots in Rostock-Lichtenhagen in 1992, were the shocking low points of a series of violent racist incidents that took place with the tacit approval of the local population.

Politicians, the media and the police downplayed the problem for far too long, and failed to react with the necessary resolve. The self-exposure of the far-right National Socialist Underground (NSU) terrorist group in 2011 further revealed the state authorities’ failure to investigate and prevent the right-wing extremist threat: Over the course of more than 10 years, passing largely undetected, the NSU murdered at least nine people with migrant backgrounds, as well as a police officer.

Emerging from the shadows of the stereotype of skinheaded neo-Nazi thugs, new and
modern varieties of right-wing extremism are increasingly visible in public arenas.
The German version of the “alt-right” focuses on:

In promoting their ideology, modern right-wing extremists draw on notions of the inequality of peoples – racism, sexism and other forms of group-focused enmity – that are already widespread among the population. These far-right forces are at once becoming more visible and more inconspicuous: With their populist media debates, “ethnic settlements” that combine ecological agricultural practices with a nationalistmotivated seizure of space, and publicity-motivated pop-cultural stunts such as the interception of refugees in the Mediterranean by the “Identitarian Movement” vessels, they are no longer easily identifiable as ideologues in the tradition of the Nazi era.

The underlying danger often attracts broader attention only once right wing groups employ open force against the power of the state. Indeed, self-proclaimed “Reichsbürgers” (citizens of the Reich) have for years been able to propagate their conviction that Germany is not a sovereign country, but rather remains occupied by the Allies, almost unobserved. Only when a police officer was shot by a Reichsbürger in the course of a weapons search did the problem finally bubble to the surface – now with the number of followers and illegal weapon caches swollen to disconcerting levels.

As asylum-seekers increasingly began entering Germany in 2013, right-wing extremists and right-wing populists have used the situation to fan the flames of anti-refugee hate, particularly online. The “Patriotic Europeans against the Islamization of the West,” or Pegida, along with its offshoots, have brought thousands of people to the street in all parts of Germany. Hundreds of initiatives, casting themselves as non-political “concerned citizens,” have fomented racist sentiment against the local accommodation of asylum-seekers. The number of physical attacks on refugees and arson attacks on their housing facilities has dramatically increased.

Right-wing populists have joined together in Islamophobia and anti-refugee hate campaigns, accompanying this with elite- and media-bashing. The strategy of provocation and calculated taboo-breaking is proving successful: With their toxic narratives, rightwing populists are succeeding in securing seats in the Bundestag, with significant damage to the political culture. The alliances between the right-wing populists are evident across Europe and even in the United States, where the alt-right is fighting for influence in the White House. The enemies of democracy are joining forces, requiring more than ever before from civil society.