The photo was taken on May 6, 2018, as part of the demonstration of the campaign 'Kein Schlussstrich' after the pronouncement of the verdict in the first NSU trial in Munich. 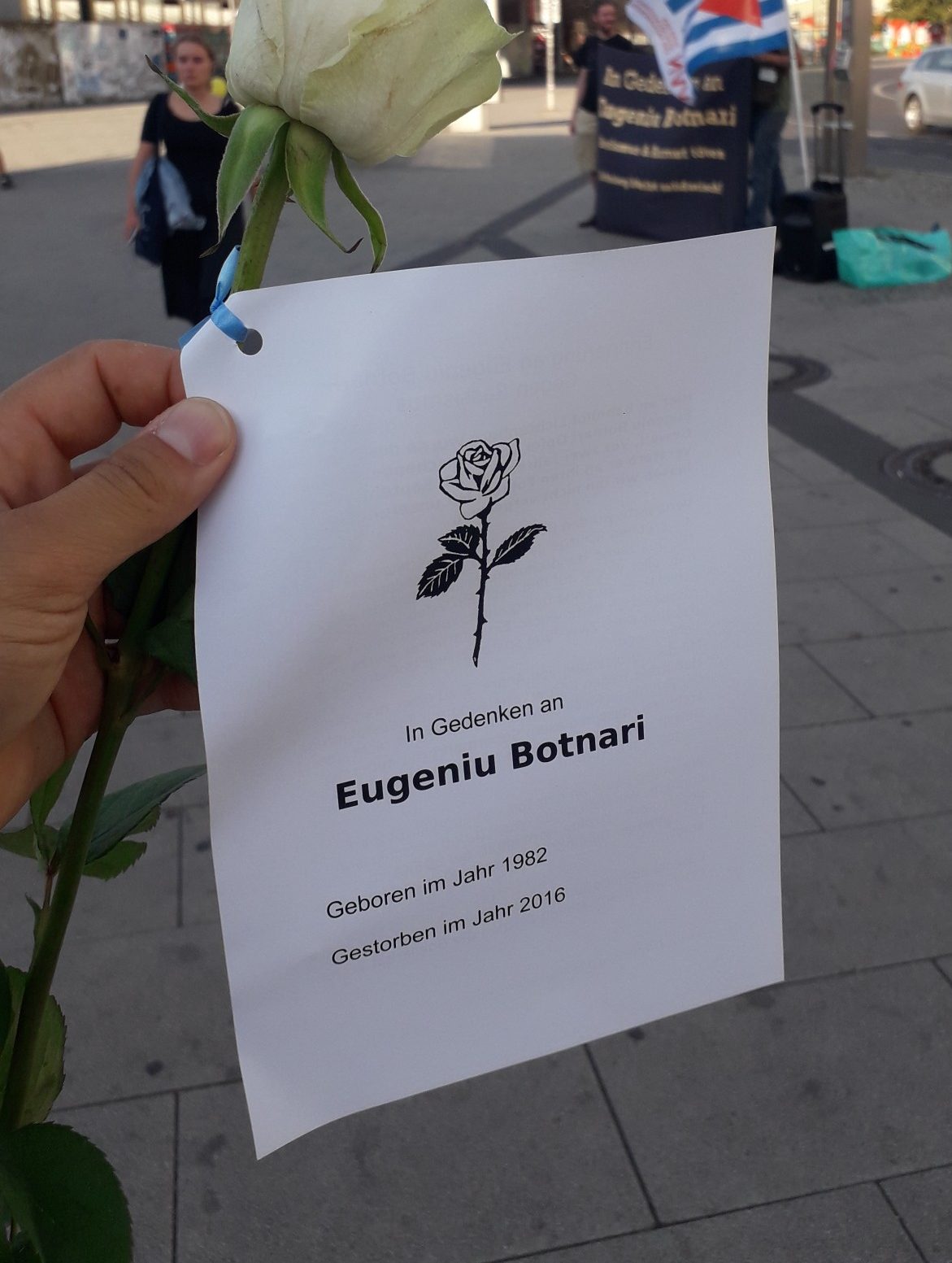 Gedenken an Eugeniu Botnari in Berlin 2018

The focus of the Remembrance and Public Relations Division is on remembering the victims of right-wing violence in Germany. It is particularly important for the CURA Victims' Fund to acknowledge the inhumane circumstances of the acts and to respect the victims in their living conditions. Victims are only thought of if the circumstances of their life or death allow positive identification. Instead, we would like to support a culture of remembrance that appropriately remembers each victim and each crime. For the CURA Victims' Fund, this includes giving names and faces to the often long-forgotten victims in the public domain and telling their life stories.

For example, in 2018 the CURA Victims' Fund participated in the Memorial Rally for Eugeniu Botnari, who died on 22nd September 2016 in Berlin-Lichtenberg as a result of brutal mistreatment. In addition, in recent years CURA has repeatedly supported various commemoration initiatives with financial means, such as the “Köfte Kosher” youth and commemoration project the NSU Remembrance conference in Leipzig in 2015 and the campaign in memory of Emil Wendland in 2017.

Right-wing violence is exercised in various forms, and not every right-wing act of violence results in death. Every day, people are insulted with racist, anti-Semitic, homophobic or transsexual terms, physically attacked or frightened with acts of violence – such as broken windows or threats with graffiti on residential buildings. Apart from the deaths caused by right-wing violence, these cases often receive too little public attention. It is often the case that no perpetrators are investigated or that investigations are discontinued without any result arising. For this reason, the CURA Victims' Fund uses its channels to lend greater publicity and attention to cases of right-wing violence and the deaths of victims. 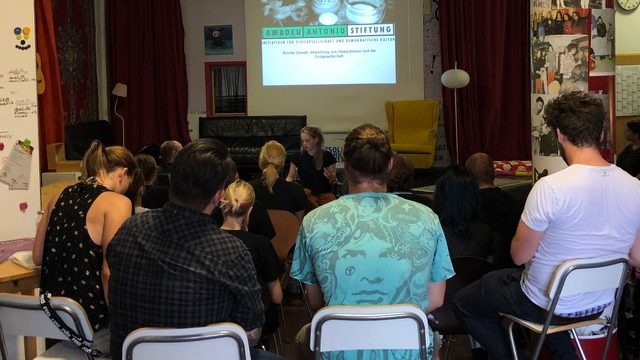 We support newly emerging or already-established commemoration, remembrance and educational initiatives in carrying out their work. We are also happy to receive reports of right-wing violence that have received too little public attention. You can contact us at cura@amadeu-antonio-stiftung.de and on Facebook.