Why is civil society support for those affected so important?

In recent years, particularly in the context of the investigation into the NSU murders, we have seen how resistant state authorities can be to recognising racism and other inhumane motives as a social problem against which minorities must be protected. On the contrary, it is often those affected by violent acts based on devaluation ideologies themselves that initially come to the attention of the law enforcement authorities, thereby experiencing a second stage of discrimination and exclusion. Especially in the case of more “everyday” attacks such as vulgarity, threats and brawls, an inhumane background to events is often not recognised and those affected are met with incomprehension and a rejection of their point of view as long as the perpetrators do not correspond to the cliché of a neo-Nazi with all the associated tattoos and combat boots. Due to negative experiences with investigating authorities, people affected by such crimes often fail to report such incidents at all.

In order to effectively support those affected and to strengthen their social position, it is therefore essential to focus on their perspectives, experiences and specific needs. In collaboration with specialist advice centres throughout Germany, the CURA Victims' Fund provides financial assistance for victims, irrespective of the state classification of the crimes. This is often not only necessary for survival, but also an important signal of solidarity, an assumption of responsibility by civil society and a prerequisite for regaining trust in society.

I want to help with a donation 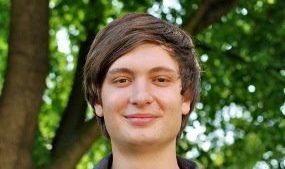 “The CURA Victim Assistance Fund sends a clear signal: unrestricted solidarity with victims of right-wing, racist and anti-Semitic violence. Time and again, after having been attacked on the basis of motives related to group-related misanthropy, these people experience a sense of being forgotten about. They come to feel like “traitors” or observe in their surroundings a partly hidden, partly tacit agreement with the perpetrators' ideas. In many respects, therefore, uncomplicated and swift financial aid can act as a step towards an affected person experiencing support. What is special about CURA is the principle of the “victim's perspective”, which also applies to our work – it is not the files at the public prosecutor's office that decide whether a right-wing, racist or anti-Semitic attack is recognised, but the perspective of the person affected. I appreciate the trust in the competence of the victim advice centres.”

Who or what exactly does CURA support?

With your donation the CURA Victims' Fund supports the following on a nationwide basis: 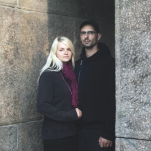 Since 2004, thanks to large and small donations from committed citizens, the CURA Victims’ Fund has been able to provide assistance in 270 cases to the tune a total of 240,006.58 Euro (as of October 2018). In addition to providing financial support to individual victims of right-wing violence and their families, CURA has helped to rebuild civil society facilities destroyed by neo-Nazis, supported victim advice centres throughout Germany in the implementation of individual projects and backed local initiatives to commemorate the deaths of victims of right-wing violence.

Here you can read a summary of the funding reports of the CURA Victims' Fund for the years 2011 to 2018. 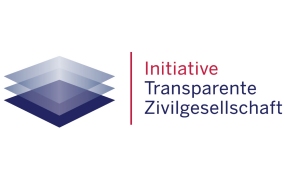 The Amadeu Antonio Foundation is a participant in the 'Initiative Transparente Zivilgesellschaft' (Transparent Civil Society Initiative), which was launched in June 2010 by 'Transparency International Deutschland e.V.', 'Bundesverband Deutscher Stiftungen e.V.' (Association of German Foundations e.V.) and the 'Deutschen Zentralinstitut für soziale Fragen (DZI)' (German Central Institute for Social Issues), among others. All information about the Amadeu Antonio Foundation required by the 'Transparent Civil Society Initiative' can be found here.

For the control of the proper use of financial means, an audit is carried out every year by the auditing company H.-F. Breiler & H.-J. Schnabl OHG in Frankfurt am Main. Since their beginning, the Amadeu Antonio Foundation and the CURA Victims' Fund have always received an unqualified audit opinion.

To the presentation of the Board and the Foundation Council.