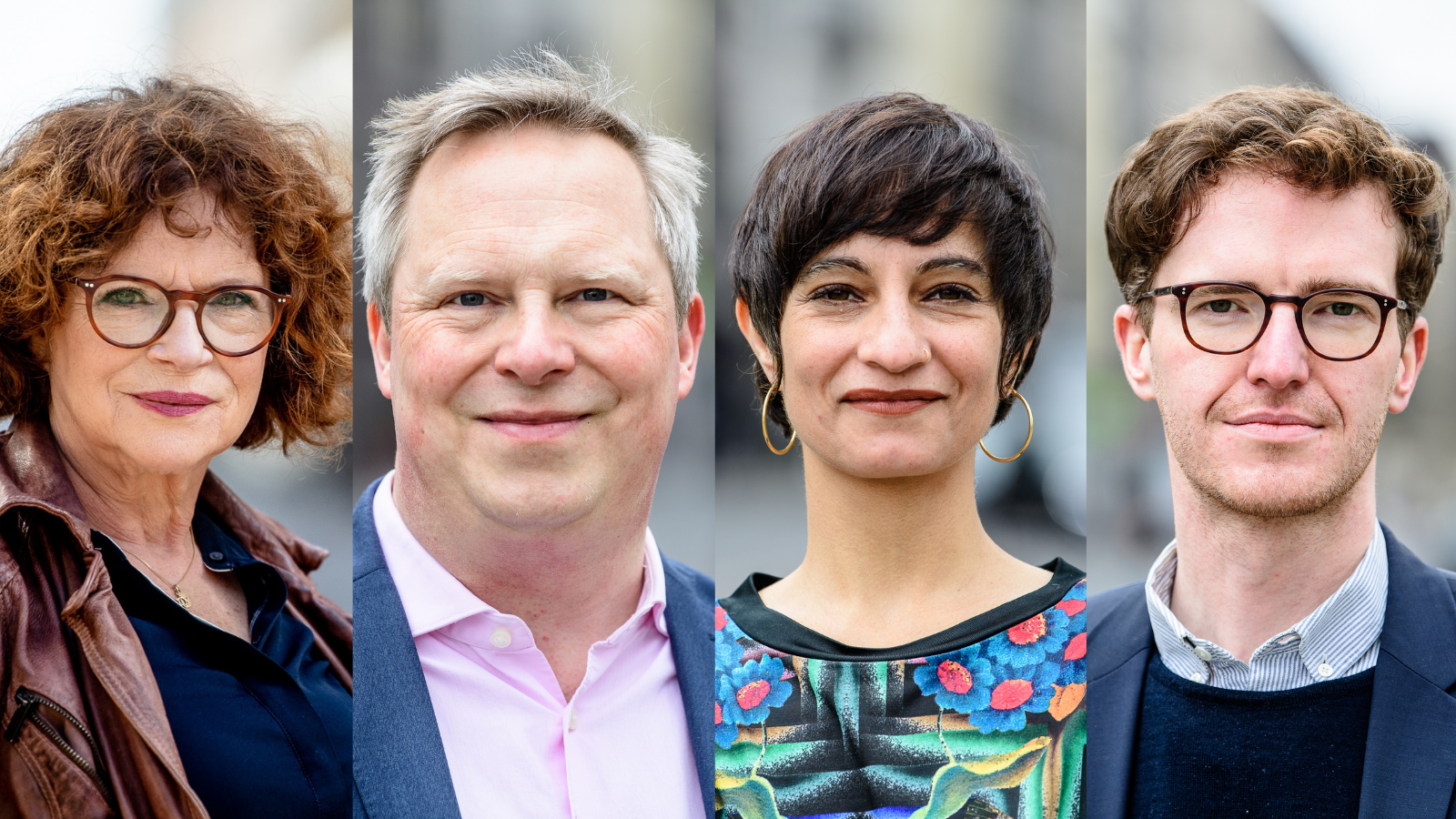 Anetta Kahane founded the Amadeu Antonio Foundation in 1998 and was chairwoman of the board until the end. Long before politicians and the public recognized right-wing extremism and hostility to democracy as permanent challenges, she warned of the danger and spared no conflicts: from the beginning, Anetta Kahane went where it hurt, sought like-minded people and founded networks. Her goal was to become active where political action fails and where democracy and human rights are endangered – a vision she realized with the establishment of the Amadeu Antonio Foundation.

“With the Amadeu Antonio Foundation, I wanted to create a place that unconditionally protects and supports all people who are attacked by enemies of democracy, and to do so through an openly lived democratic culture. That wasn’t always easy: In the beginning, we still had trouble convincing the public that right-wing extremism was a major problem locally. For this, we were often called nest-destroyers and scaremongers. In the meantime, the problem has been acknowledged, but society and politics are only slowly understanding how difficult and important it is to engage against right-wing extremism and misanthropy,” Anetta Kahane summarizes. “Democracy must indeed be lived and defended every day anew. That doesn’t happen without conflict. As a foundation, we have always faced new challenges, responded to current developments and not shied away from conflicts – so we have often reacted to phenomena at a very early stage and taken a pioneering role in doing so. I am glad that the Amadeu Antonio Foundation has grown with its tasks and I am now handing over the Foundation’s board to the next generation. I will continue to accompany the work of the Foundation and work on the issues of democracy and human rights. I am now a Jewish child of German post-war history. The Shoa and the consequences of German division have left their mark on me. And that will always determine my perspective on injustice and the protection of minorities.”

Anetta Kahane is a champion of democratic civil society; her fight against injustice is fed by her own biography. As the daughter of Jewish communists, she was shaped by the experience of Nazi persecution as well as by everyday anti-Semitism and racism in the GDR and in reunified Germany.

“With the Amadeu Antonio Foundation, but also as an important public voice, Anetta Kahane has shaped and pioneered the fight against right-wing extremism in Germany. With her clarity and unwillingness to compromise, also in dealing with anti-Semitism and racism, Anetta Kahane has left her mark on the Foundation. The new board will continue to pursue this course responsibly. Supporting local initiatives that stand up for democracy on a daily basis is and will remain the core of the Foundation. And yet we will continue to put our finger on the wound and hold politics accountable. Anetta Kahane was repeatedly attacked for her commitment and became a hate figure in the right-wing scene. I was always impressed by the way she saw this as an incentive rather than a setback. From this experience, it has always been important to the Foundation that no one should be left alone with hostility and discrimination. That is why the Foundation continues to stand unreservedly by the side of those affected.
Anetta Kahane is a steadfast optimist and knows better than anyone how to motivate and inspire others. That’s why I’m glad that she will continue to be a strong voice for democracy.”

“Anetta Kahane understood very early on that it is necessary to network and take lasting and joint action against all forms of misanthropy, even when there is resistance or she is alone with her perspective at first. Where others saw obstacles, Anetta Kahane always found opportunities and chances to change something. The perspective of minorities was and is always her standard. It was always important for her to act instead of just talking about problems. I learned from her that social change can only take place through conflict and negotiation, and that action always carries the moment of hope. The Amadeu Antonio Foundation will continue to take action where no one else is looking. In doing so, it remains important for the Foundation to always address all issues and challenges together with those affected and committed on the ground. Anetta Kahane’s conviction that right-wing extremism, racism and anti-Semitism can only be contained through a living democratic culture is and remains the fundamental idea of the Amadeu Antonio Foundation.”

“With over 120 employees at four locations, the Amadeu Antonio Foundation is the largest civil society organization in the fight against right-wing extremism, racism and anti-Semitism in Germany. The enemies of democracy have become professionalized. The civil society initiatives must not be in any way inferior to this. Especially initiatives that have so many enemies, like the Amadeu Antonio Foundation, need a solid foundation. Anetta Kahane has always urged this. That is why we will continue to work on a well-positioned foundation. In light of these challenges, I also see it as our task to continue working on impact orientation in civil society.”

The new board will take over the management of the foundation as of April 1 and consists of Timo Reinfrank (Executive Board), who has already been a board member alongside Anetta Kahane since 2017, Tahera Ameer (Program and Innovation) and Lars Repp (Administration, Organization and Finance).

Anetta Kahane grew up in East Berlin and worked as a Latin American scholar in the GDR. As the first and only commissioner for foreigners of the East Berlin magistrate’s office, she warned forcefully of the dangers of right-wing extremism. In 1991, she founded RAA e.V. (Regional Offices for Education, Integration and Democracy) for the new federal states. In 1998, Kahane founded the Amadeu Antonio Foundation, of which she was initially chairwoman of the board of trustees. Since 2003, she has been the foundation’s full-time chairwoman. In summer 2002, Anetta Kahane was awarded the Moses Mendelssohn Prize of the state of Berlin. Kahane has published several books.

Timo Reinfrank studied political and social sciences in Berlin and Bonn and has worked at the Amadeu Antonio Foundation since 2001 where he, among other projects, implemented democracy programs for the German Federal Ministry of Family Affairs. Since 2017 he has been managing director and deputy chairman of the foundation. He advises civil society initiatives, politics and administration in their work against right-wing extremism and for a democratic culture. Among other things, he represented civil society at the hearing of the federal government’s cabinet committee against right-wing extremism and racism. At the local level, he is active on the board of the Barnim-Uckermark Civic Foundation in Eberswalde.

Tahera Ameer studied literature, philosophy and Hispanic studies in Tübingen, Barcelona and Berlin. She has worked on anti-Semitism and racism at the Amadeu Antonio Foundation since 2005, most recently as head of department for both these topics. She has also worked in science management at Freie Universität Berlin, as managing director of Lola für Demokratie in Mecklenburg-Vorpommern e.V., and as a freelancer in adult education for trade unions. In an honorary capacity, Tahera Ameer was board member of the Foundation Zurückgeben, she is a member of the board of trustees of the foundation Stiftung Nord-Süd-Brücken and is active in several associations for remembrance culture, cultural education and migrant feminism.

Lars Repp has been working as an administrative manager at the Amadeu Antonio Foundation since 2020. He studied social sciences and economics in St. Gallen, Seoul and Cambridge. After his studies, he worked in advising civil society organizations on impact management issues. As a consultant for an international management consultancy, he advised companies, public institutions and non-profit organizations, among others in Germany, Great Britain and Denmark, with special focus on strategy development, organizational as well as crisis management. He is a trained systemic coach. 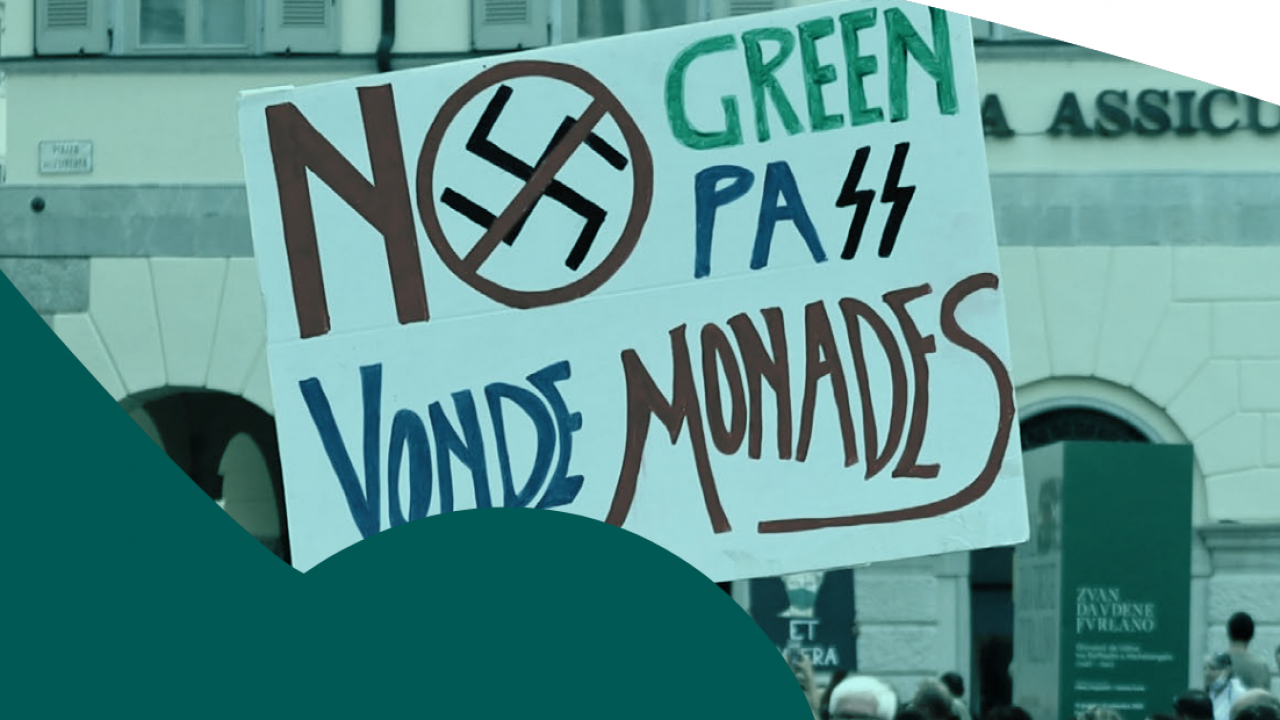 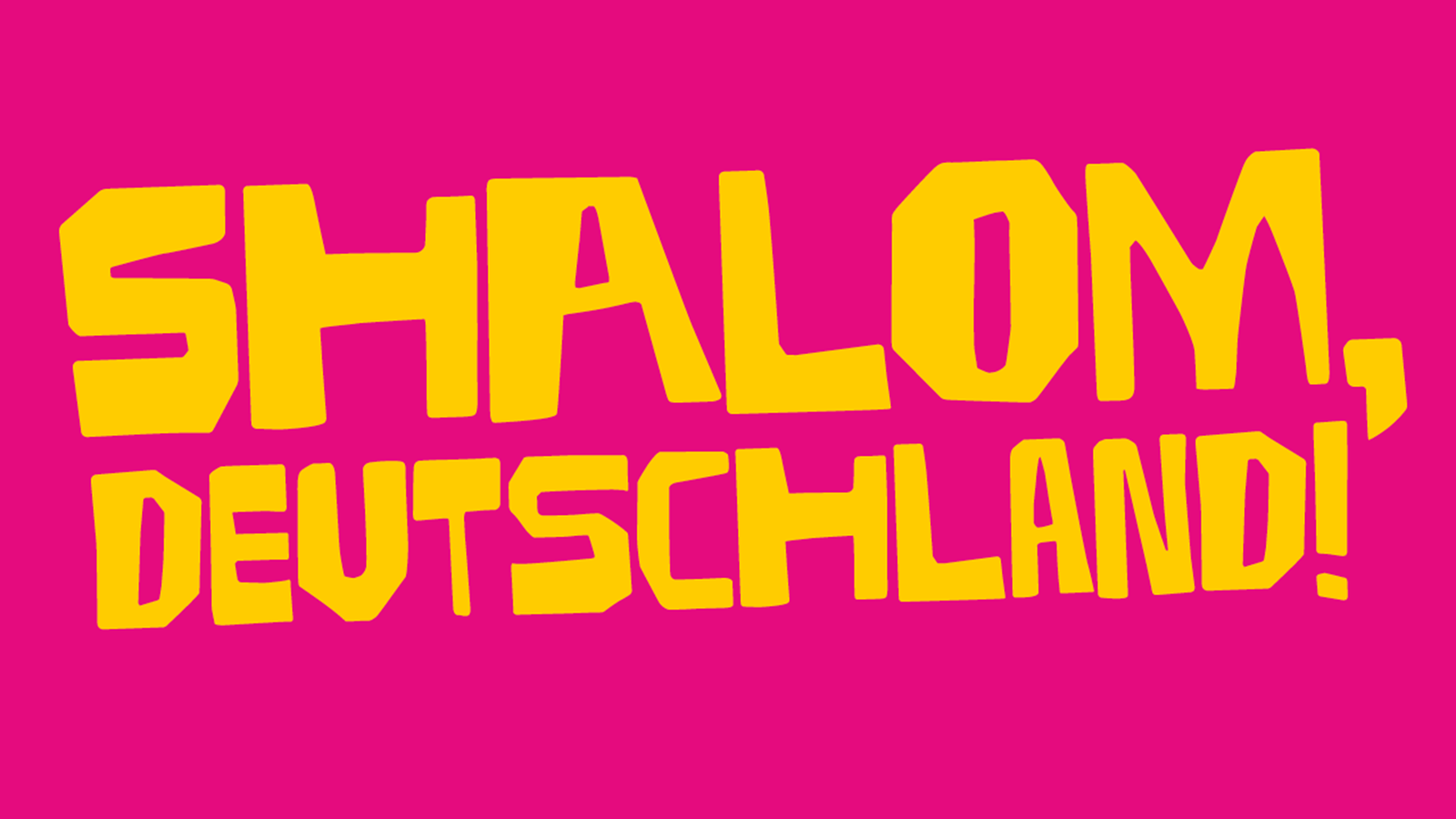 Over 150 events with more than 80 cooperation partners: For 19 years now, lectures on the topic antisemitism, city tours…