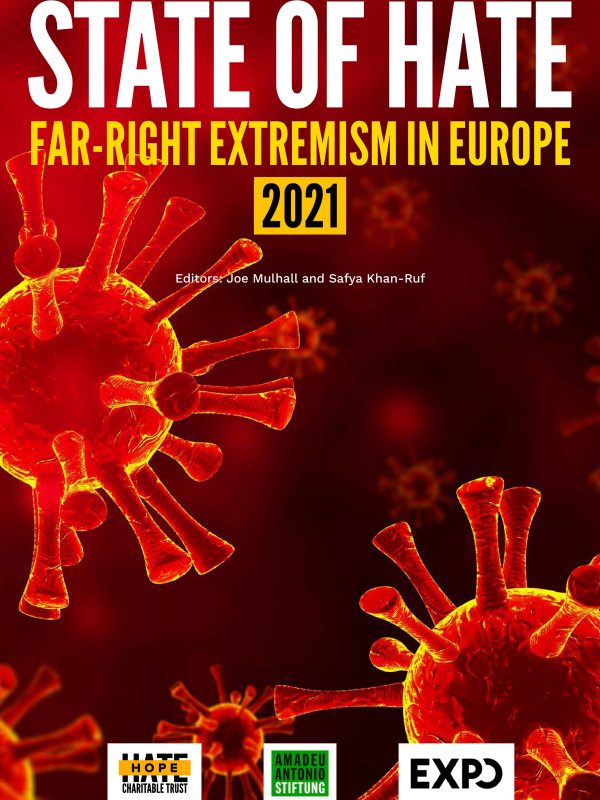 European State of Hate: How the extreme right organizes transnationally in times of crisis (2021)

It is important to note from the outset that any overview of the European extreme right can necessarily only provide a broad outline. This is especially true with regard to online far-right extremism. While it remains important to examine developments in traditional far-right organizations such as political parties, there is currently a broader and more fundamental shift in the far right – it is becoming a transnational and post-organizational threat to democracy in Europe. The European scene today is a mix of radical right political parties, such as the Sweden Democrats, Vox in Spain, Lega in Italy, or AfD in Germany, and a series of loosely networked, transnational far-right movements made up of a diverse set of individuals working together collectively but not formally. Because the far right operates locally but sees itself as part of an internatinonal anti-democratic struggle, new dangers are emerging.

This is pointed out in the new report “State of Hate: Far Right Extremism in Europe” by NGOs from all over Europe under the coordination of Hope not Hate, Expo and the Amadeu Antonio Foundation.

Coordinated by Hope not Hate and the Amadeu Antonio Foundation, the report was written in collaboration with the Hope not Hate Charitable Trust, a British organization that combats racism and fascism through research, education and advocacy, and promotes the strengthening of democratic British civil society, and the EXPO Foundation, a Swedish organization and foundation that also combats racism and promotes civil society organizations through monitoring, journalism and education, to analyze which right-wing movements have internalized and exploited conspiracy ideologies.

For the report, civil society organizations and researchers were interviewed for the first time at the European level in a total of 30 countries about how international right-wing extremism is networked and how widespread the influence of conspiracy narratives and QAnon is.