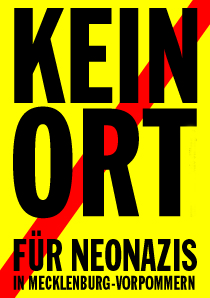 Here in this small city in northeast Germany, dozens of residents gathered to show their unwavering support for democratic culture and face down neo-Nazi violence and fearmongering. Mecklenburg-Vorpommern, the federal state to which Ludwigslust belongs, is one of two German states with far-right parliamentary representation — a fact that makes this and similar events all the more important in this area.

”Lola for Ludwigslust”, a project of the Amadeu Antonio Foundation, called for the demonstration. ”Nazi ideology can’t go unchallenged,” the Foundation’s Stella Hindemith told the Ludwigsluster Tageblatt, a local newspaper. ”Their campaign in local elections is aimed specifically against asylum seekers. We defend the human rights of such people and, with it, democratic culture. Because a country’s democracy is judged by how it protects minorities.”

The Lola project is the practical arm of the Foundation’s gender research center, which has taken a leading and outspoken role in understanding how women function within the neo-Nazi subculture. It’s a theme often overlooked, even on the European level. The findings the center establishes are put to work in various social and political programs in Ludwigslust.

Even the city’s mayor took part in the demonstration, lending support to the local democracy movement. Demonstrators used ”No place for Nazi” signs, another undertaking of the Amadeu Antonio Foundation, as well as other placards to express their strong stance against xenophobia in both local society and politics. 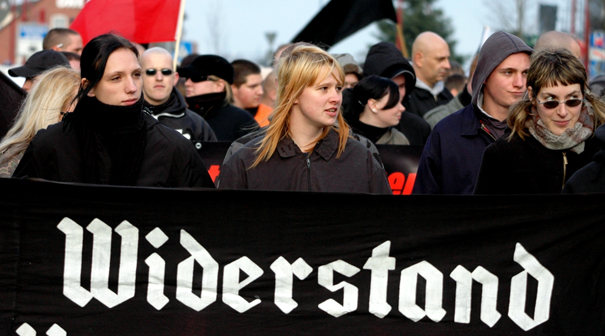 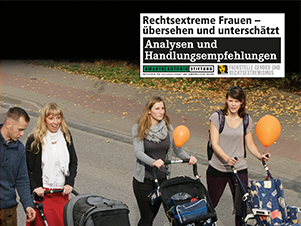 On Monday, May 5th 2014, the Expert Center on Gender and Right-Wing Extremism of the Amadeu Antonio Foundation presented the… 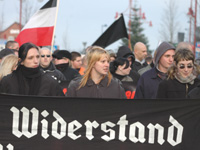 The Expert Center on Gender and Right-Wing Extremism of the Amadeu Antonio Foundation, sponsored by Open Society Foundations and Dreilinden,…